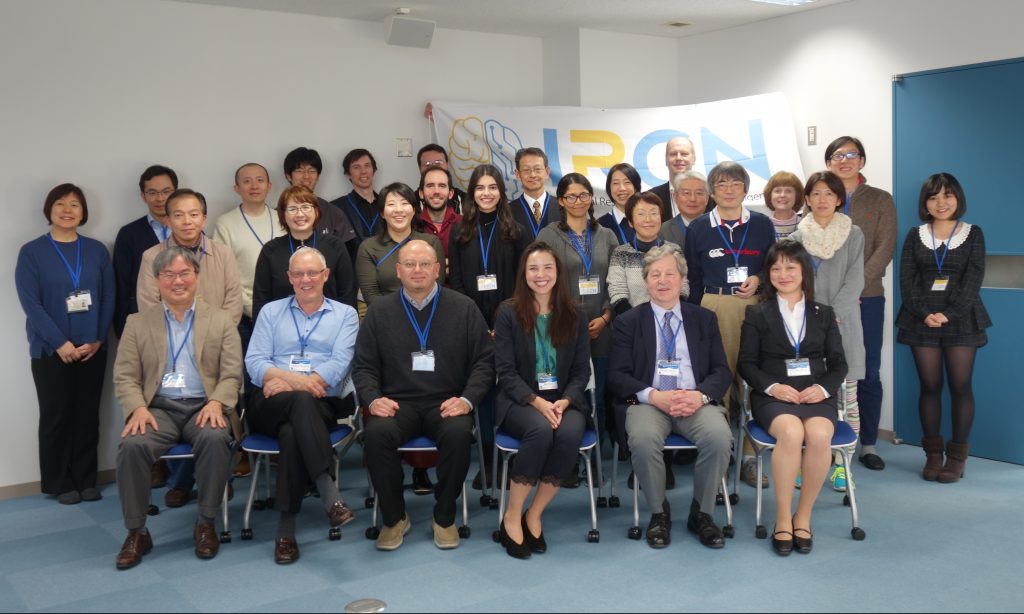 Brain development in children is one of the great mysteries of science. We have all seen children rapidly learn new knowledge or skills exceeding even the abilities of adults. On December 19, 2018, the power of the child’s brain was the topic of a scientific workshop sponsored by IRCN and A*Star, an institute in Singapore dedicated to the medical sciences. Researchers from the IRCN community heard exciting talks by four leading experts in child brain development.

Michael Meaney, an A*Star Professor and Director talked about population neuroscience studies in Singapore. The government has prioritized the development of human capital for a healthy and productive society. Large-scale studies are looking at mothers and children over years to identify trends in clinical and biological markers, including brain structure data, in predicting measurable outcomes, such as school readiness and drop out rates. The results pinpoint correlations between brain areas such as insula and amygdala with mental health, obesity, and other clinical indicators that offer clues to solving them.

Clinical researcher Charles Nelson, a Professor at Harvard Medical School and Boston Children’s Hospital presented fieldwork from Dhaka (Bangladesh), Bucharest (Romania), and Boston (USA) on the mental health status of children raised in adverse conditions. An IRCN Affiliated Faculty, Nelson and his team have collected biological samples or measurements, and data from wearable devices and brain physiology to track the effects of institutionalization, malnutrition, or psychosocial stress in mental health. The results suggest that critical windows in brain development govern psychological development.

Infant language learning was the subject of a talk by Sho Tsuji, a researcher at Ecole Normale Superieure in Paris. Infant language acquisition of basic phonetics e.g. “ta-da”, increasingly require large data collection and meta-analyses for quantitative analysis. The role of the social environment in language learning was explored with live versus video interaction suggesting that rich social cues drive acquisition. Future trends in language learning studies will involve a greater use of technology, such a touchscreens, wearable devices, eye-tracking, and cloud-based data for modeling and AI–based assistance.

Ping Mamiya, a researcher at the University of Washington-Seattle discussed the fascinating topic of second language learning. She reported on studies showing critical period for language learning, and measurements from neurochemical analysis, brain imaging, and genomics, that converge on neurogenetic factors and excitatory-inhibitory balance in setting the efficacy of second language acquisition. Brain imaging identified a role for the neuromodulator dopamine in brain circuit maturation in learning. Future studies will use imaging, genetics, and large-scale data to further define learning circuits.