The International Research Center for Neurointelligence (WPI-IRCN) of the University of Tokyo, a WPI (World Premier International Research Center Program) center, will co-host a hybrid event in New York with the UTokyo NY Office. (The event will be conducted in English).
The theme of the event is “How does Human Intelligence arise?”. IRCN will introduce to the audience findings from the fusion research that IRCN is currently undertaking using its unique approach of combining neuroscience and AI.
IRCN Director and Harvard Medical School Professor Takao Hensch and IRCN principal investigators will deliver lectures and panel discussions and share their findings from their cutting-edge research. For those who participate onsite, there will be additional opportunities to learn more about IRCN.
Join us as we explore the mysteries surrounding our intelligence.
Please visit the event page to register. 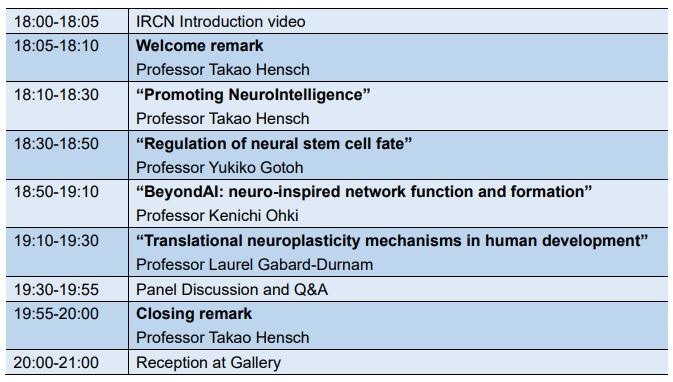 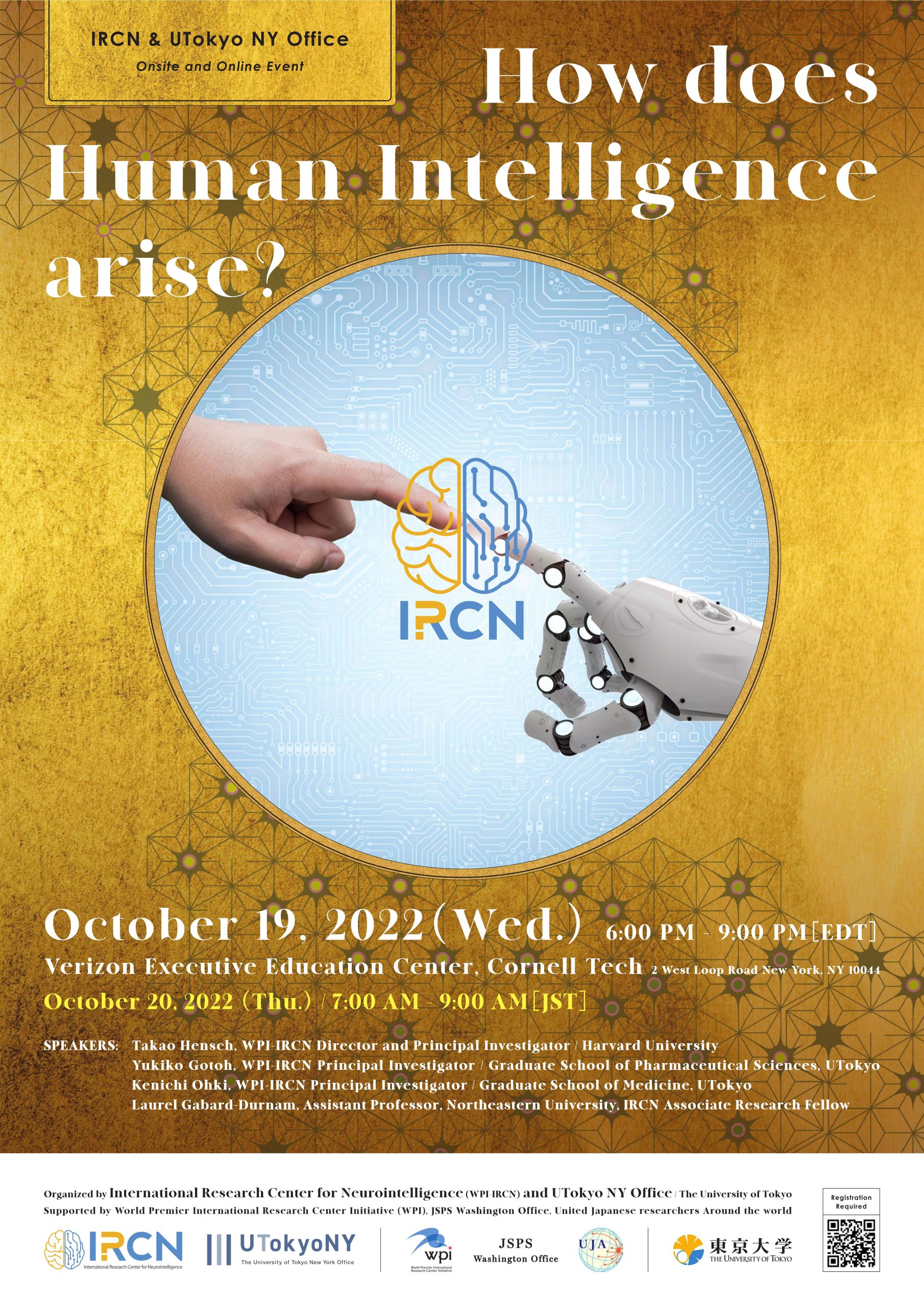 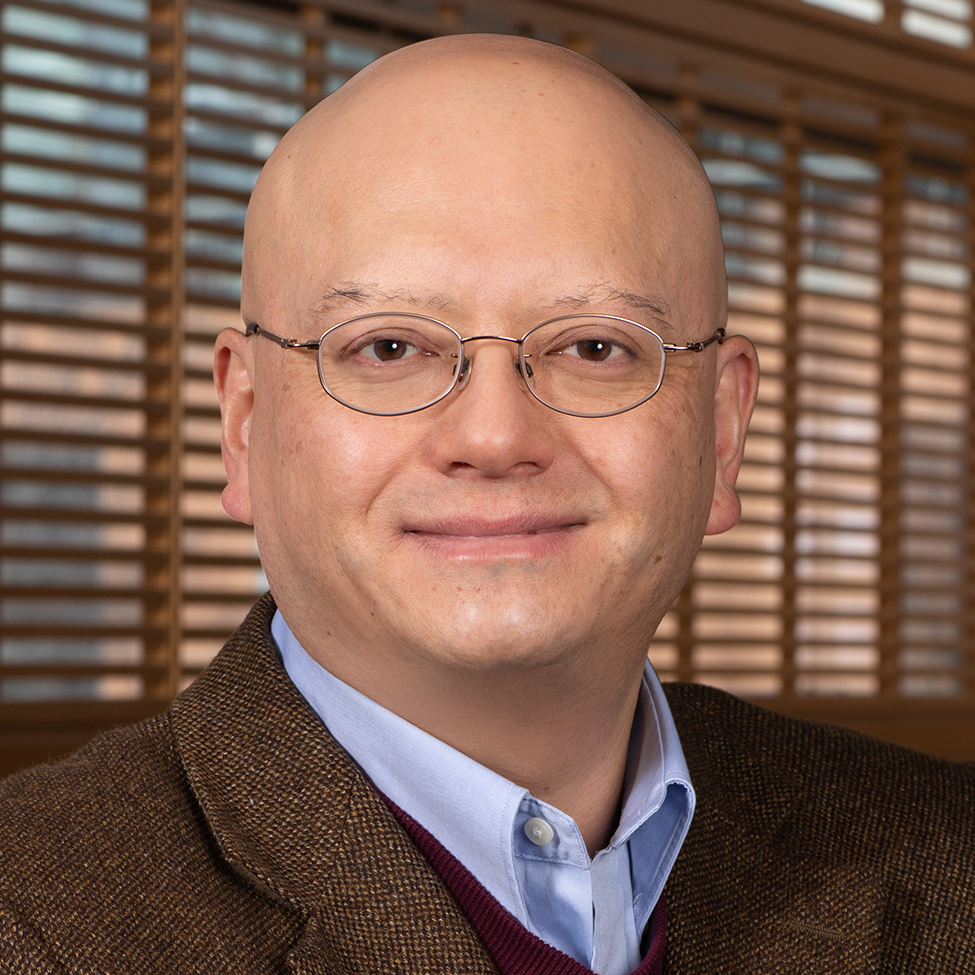 Takao Hensch
WPI-IRCN Director and Principal Investigator / Harvard University
“Promoting NeuroIntelligence”
Human intelligence is remarkably honed through both our fleeting childhood and the long, slow arc of evolution. Flexible and complex neural processing precisely controls our brain’s cognitive capabilities, which even modern supercomputers have yet to reproduce. The International Research Center for Neurointelligence (IRCN) was created with a research mission of opening the black box of human intelligence. By deeper understanding of principles of mammalian brain development and how they may go awry in cognitive disorders, we seek inspiration for next-generation artificial intelligence. Launched as a prestigious World Premier International (WPI) project from Japan, IRCN welcomes neuroscientists, mathematicians, computer scientists and clinicians from diverse disciplines and across the world to collaborate in an innovative “Team Science” framework that is mindful of social needs. Together, our global fusion effort seeks to promote a new field of NeuroIntelligence research that tackles the ultimate question, “how does human intelligence arise?” 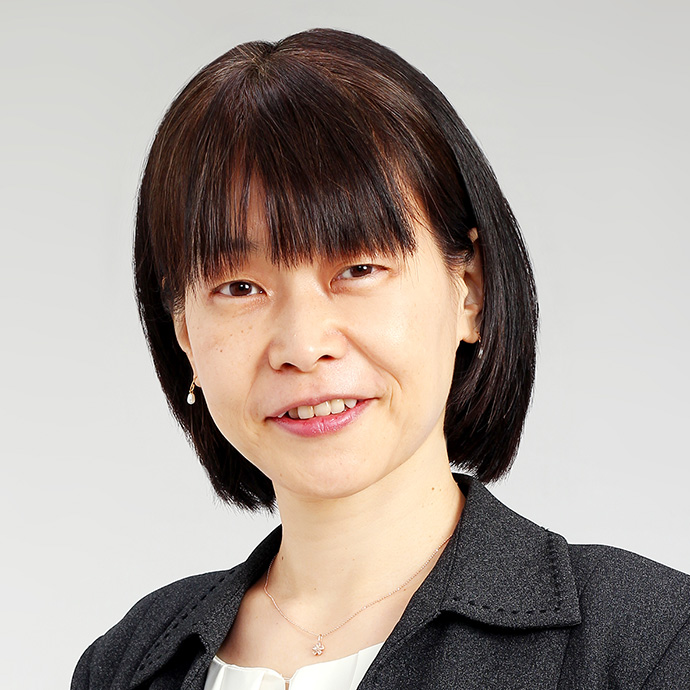 Yukiko Gotoh  (Online participation)
Graduate School of Pharmaceutical Sciences, International Research Center for Neurointelligence (WPI-IRCN), The University of Tokyo
“Regulation of neural stem cell fate”
Neurogenesis in the adult mammalian brain takes place at two regions; the subventricular zone of the lateral ventricles and the subgranular zone of the hippocampal dentate gyrus, where neural stem cells (NSCs) persist, arguably, throughout life. Adult neurogenesis has been implicated in promoting cognitive and mood-regulating functions as well as innate behaviors. Accumulating evidence has indicated that enriched environment, exercise, and anti-depressant treatment increase adult neurogenesis, while stress and aging reduce it. Adult NSCs are mostly in the “quiescent” state (i.e., they do not frequently divide for neurogenesis), and the rate of neurogenesis depends on the abundance and activation (division) frequency of adult NSCs. A fundamental question in understanding adult neurogenesis is therefore how adult NSCs emerge during development at these two neurogenic niches and what regulates this emergence and activation process of NSCs. I would like to discuss these points and their possible relevance for cognitive/mood impairment and improvement. 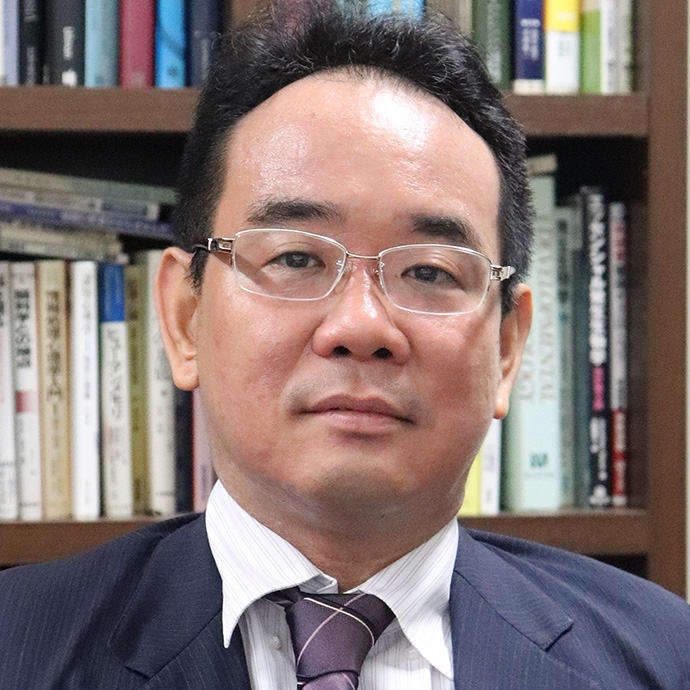 Kenichi Ohki  (Online participation)
WPI-IRCN Principal Investigator / Graduate School of Medicine, UTokyo
“BeyondAI: neuro-inspired network function and formation”
Vision poses a major challenge for current artificial intelligence, requiring big data to derive meaningful information from complex images. The mammalian visual system offers an elegant solution that has much insight to offer. Natural scenes sparsely activate neurons in the primary visual cortex (V1). By recording visual responses from several hundred V1 neurons in mice, we found that a surprisingly small number of highly responsive cells could reliably decode natural images, despite their trial-to-trial variability. Adding remaining neurons even led to information degradation. Thus, sparse and variable populations of highly active neurons in V1 represent an optimal biological decoding strategy for downstream neurons. These hierarchical and parallel networks are fundamental features of the brain – long-believed to be constructed from lower to higher visual areas. Yet, such a sequential strategy is slow and inefficient to build the entire visual network comprised of numerous interareal connections. Instead, we recently discovered that it develops in a modular manner before the eyes open —establishing parallel streams from distinct sub-cortical relays initially as templates for their subsequent concatenation. The brain thus reveals efficient strategies for both the function and formation of hierarchical networks to inspire next-generation computer vision. 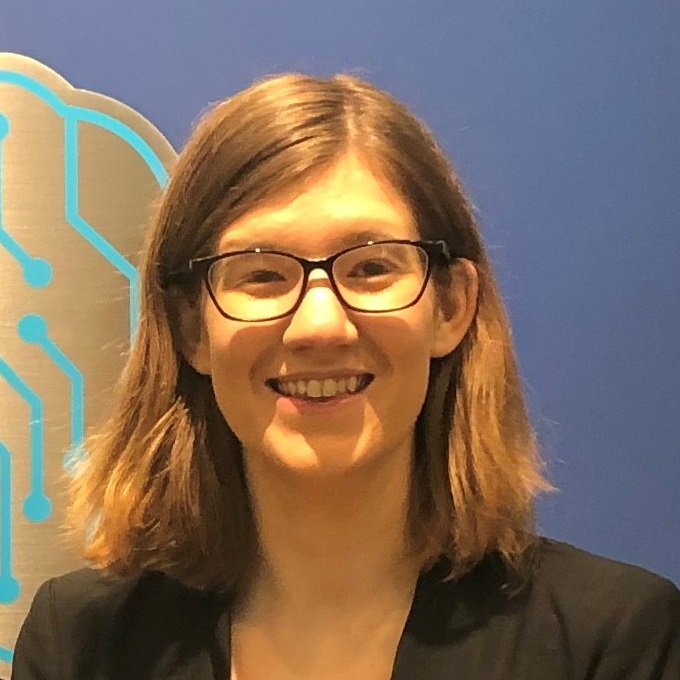 Laurel Gabard-Durnam
WPI-IRCN Associate Research Fellow, Assistant Professor, Northeastern University
“Translational neuroplasticity mechanisms in human development”
Early experiences can have a profound influence on our brains, minds, and behavior across the lifespan. Which developmental experiences have these enduring effects, and how do they get “under the skin” to shape brain function? We address these questions by focusing on sensitive periods of brain plasticity shaping early sensory functions to complex emotion regulation. I will illustrate how daily life experiences, like music, can become embedded in the brain during childhood with consequences for later adult behavior and physiology. Further evidence from the language and vision domains reflect sensitive periods in both healthy development and in clinical populations, including Autism Spectrum Disorder. Lastly, I will highlight ongoing work combining software design and brain imaging approaches to identify at-risk trajectories of brain development, which may facilitate early interventions leveraging early neuroplasticity windows to promote resilient outcomes.